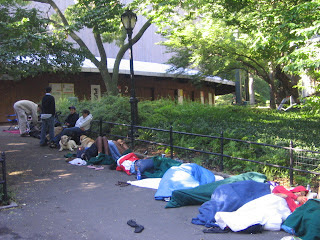 Today was a wonderful day of being in nature. I'd made plans to meet my new feathered-friends Anita and Howie for some birding in Central Park. I had just arrived in Central Park when they phoned my cell to say they were running a bit late, so I decided to poke around a little on my own. 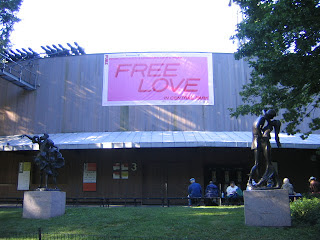 The first thing I happened upon in the park was a bunch of people lined-up in sleeping bags and make-shift beds. I began to get very sad, thinking that our neighbors-in-need population had really ballooned to desperate proportions. Then, I soon realized that this was a more healthy stock, camped-out for most likely free Shakespeare-In-The-Park tickets (of which, Howie and Anita confirmed later when they arrived). 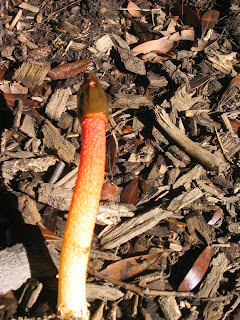 I wended my way over to Turtle Pond and found this really interesting plant. It was oozing some really gross-looking wet kind of brown stuff, but none the less, I liked it. 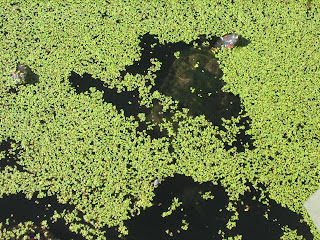 Checked on the turtles, yup, they're still there. 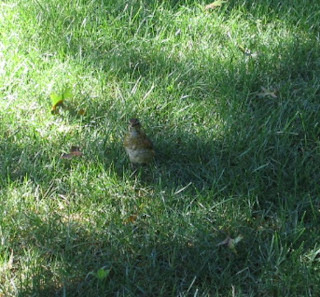 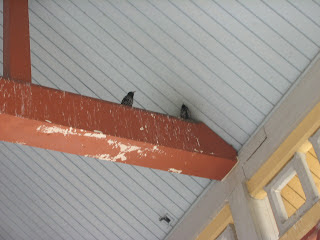 Went up to Belvedere Castle and found a bunch of Starlings milling around. Howie and Anita told me, after they arrived, that some refer to this as Starling Pavilion. 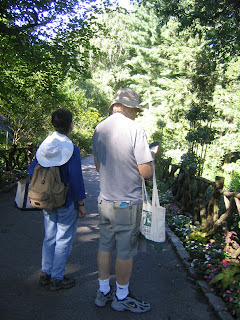 My friends arrived, and the park seemed to come alive! These are serious birders, and even give their own weekly birding tours in the park, so I follow them around like a puppy-dog, soaking up all I can, like a sponge. 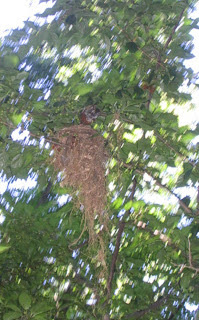 We'd only gone a few yards into the thick of things, when they pointed out this Robin's nest, with her still on it! She was HUGE, and I believe had some double-yolkers inside of her. Before she got ready to fly, she'd been hunkered-down in that nest for some time. 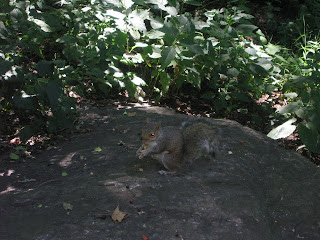 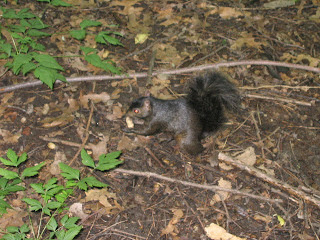 I love it! Even the squirrels in NYC are multi-cultural! Incidentally, got a squirrel at your birdfeeder? Hey, they need to eat too! Just give them their own handy-dandy feeder, and everyone will be happy! 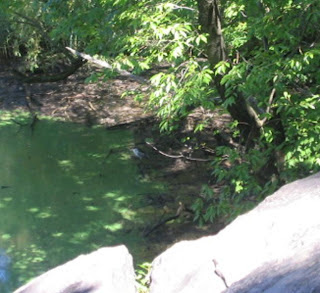 You sure you don't need some help with that? We were really helpful in "Into The Woods!" 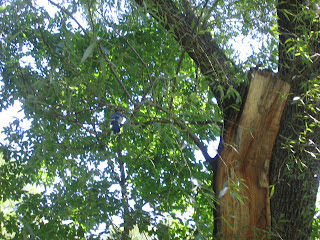 These Jays really are breath-takingly beautiful, but by nature, can be quite nasty. We watched a band of Jays rip part of the tail off of a poor little innocent Cat Bird.
All together, we ended the day with a bird-count that would cause even serious birders to respect:

What's wrong with this picture? As I walked to the bus to go home, I was painfully reminded of those less fortunate. You might want to print out these handy StreetSheets and carry them with you. Consider them your road-map to the city, and every time you come across someone who needs a hand but you don't just want to hand them some cash, you can give them these helpful tri-fold pamphlets that are designed to help them, help themselves. I have been volunteering for an on-going project to keep these lists current. Momentum on this project is building and has grown into a new coalition for the needy that's forming in combination with several city and church organizations. This new initiative is called Partners In Grace. Some of our current members are Grace Church, United Methodist Church Of The Village, Interfaith Assembly on Homelessness and Housing, Good Old Lower East Side, Calvary ST George’s, Lower Manhattan Loft Tenants and New York City Rescue Mission. We hope to have a kick-off event in the early Fall. What's in your wallet?
Posted by Mary Ellen at 7:40 PM