The first full-time job I had here in New York City, was offered after a 2-week temp gig as the Receptonist for The Joan Rivers Show. What put me on the map while being Joan's Receptionist, was arriving to work with a very swollen purple-and-black eye, the Monday morning of my second week. I'll never forget telling different staff members that I had been rough-housing on the floor with my 8 year-old nephew while in Lancaster County over the weekend, when I ran into a coffee table, and having each person, one after another, look at me in sheer disbelief. Then, I went to the corner deli that evening, and when I went to pay my bill, the Manager just stared at me and asked, "Who did that to you?" Again, I told him the truth of what had happened, but he just leaned toward me and said, "You know, if you tell me where he is, I will go with you, and he will be very sorry." That's when it hit me, welcome to New York City, everyone thinks I've been the victim of a terrible crime! 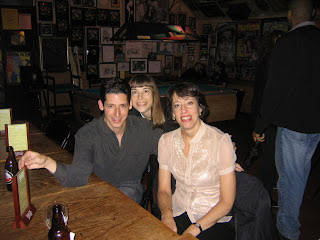 I enjoy keeping in touch with friends and co-workers that I've met over the years, and have fun inviting the staff of Joan Rivers out for an occasional reunion. So many of us spend as much time (if not more) at work than we do at home, that work becomes its own kind of family. Being a part of this show was magical. 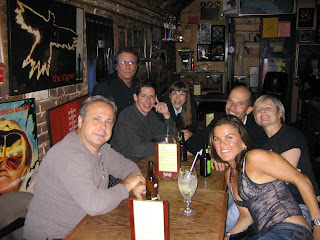 So here we are, fifteen years later! We still all look exactly the same, except I have long hair. Little Suzie Pileggi is now a grown-up, OY! Linda Lipman still looks incredible, and she's still pulling down heavies every day! On this particular evening, there was a torrential down-pour, so only a few ex-staffers showed up. We missed those who weren't there. I've placed some memorabilia here for all to enjoy. 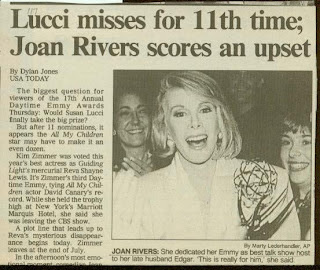 Remember when Joan won the Emmy? Well, it was Karen's and my job to pack it up and ship it to her home...Let's just say we snapped a few Kodak moments before it left the premises. Come on, you didn't think we'd let that once-in-a-lifetime opportunity pass us by, did you? And yes, I got her permission before I posted these. 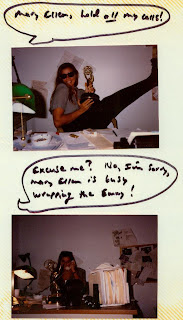 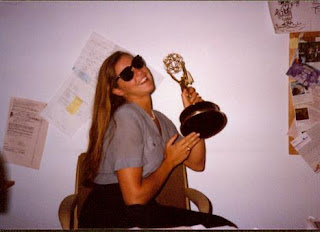 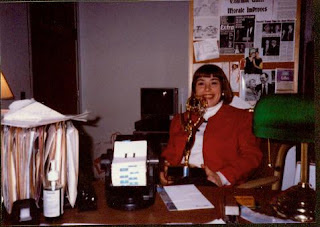 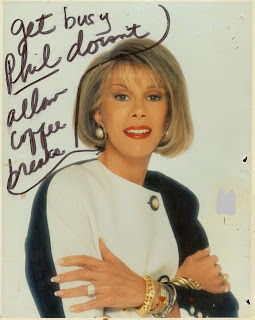 Remember when Richard Poland would take Joan's photos and sign them with wacky blurbs? 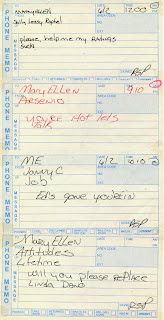 And then there was the time I came back from lunch and Richard Poland had hi-jacked the Receptionist's message pad. Gosh he was a trip, wasn't he? 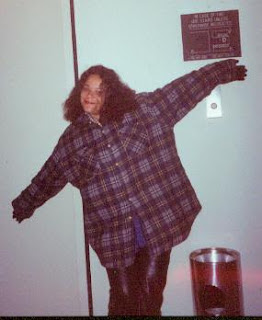 And then there was Sam. She was always ready for fun. 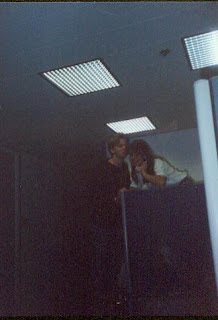 And remember Marlo and Gary? Two of the brightest and the best. 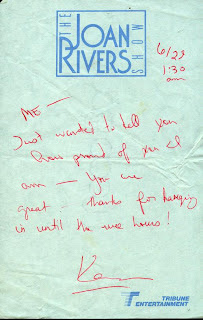 If only I could have been the kind of manager Karen was, a true star. Here's a handwritten thank-you note from her that I still have, as it meant so much. 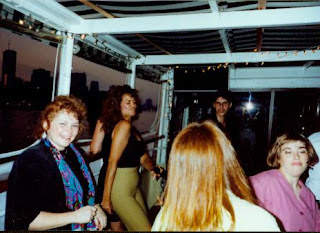 This is the only photo I have from the yacht party we had.